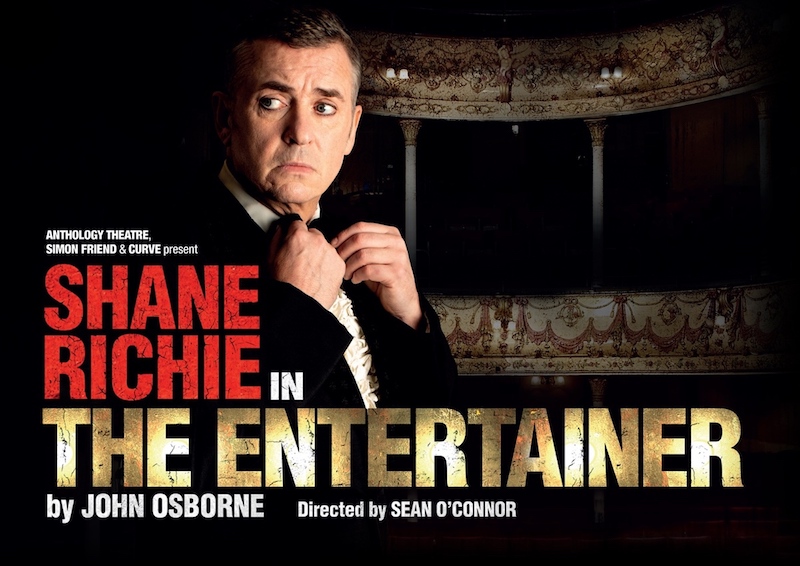 MENTION John Osborne’s classic play ‘The Entertainer’ and Sir Laurence Olivier springs to mind – he made the part of infamous Archie Rice his own both on stage and screen. It is a brave actor who dares to follow in those hallowed 1957 footprints, but here we are some 60 years later with Shane Richie revelling in a role he too seems have been born to play.

When we first meet Archie, it is on stage as a club comedian seemingly left over from another age. He is pleasant enough and he engages us instantly – but is this pity we feel rather than admiration?

Director Sean O’Connor (I presume it’s him as there are no other writing or staging credits in the programme) has set this new version in Thatcher’s Britain of 1982 where we are about to embark on our last hurrah sending what’s left of the fleet to the Falklands for a bit of Argy bargy.

Normally I am very wary of updates just for the sake of it (the original chronicled the Suez Crisis of the 1950s), but this is a stroke of genius – the cap certainly fits and I’m so glad O’Connor didn’t try to tie it in with Brexit – tempting, as I’m sure it was.

Comedy went through a massive change in the 1980s – it was the time of the subtle clever stand-up replacing the obvious cheeky chappy like Archie.

His response is to resort to tasteless and racist, toe-curling humour and his love affair with the audience becomes more fractured every time he performs to us.

Of course he can’t see what’s happening – it’s our fault.

Running alongside the fall and fall of Archie Rice on stage is the disintegration of his dysfunctional family and home life. Seemingly the only common denominator they all have is an unquenchable appetite for endless tumblers of gin.

Everyone starts out as normal, take Granddad Billy Rice (an ebullient Pip Donaghy), himself an old entertainer, warm as toast in welcoming Jean, Archie’s daughter by his first marriage when she turns up unexpectedly. But this isn’t exactly a social call – Jean (a convincing Diana Vickers)  has come to lick her wounds following breaking up with her fiancée.  Her character unfolds like a flower – from bud to bloom in complexity. She has been an active protester against the Falklands war in direct contrast to her brother Mick who is Archie’s hero son away fighting for Queen (her majesty’s portrait adorns the lounge wall) and country (there are Union Flags hanging in the window).

Sarah Crowe plays Archie’s long-suffering second wife Phoebe – she perfectly captures a woman who tolerates the misogynistic treatment dished out to her because whilst she isn’t exactly happy to be a victim, the alternative frightens her even more.

Phoebe’s solution: drink more and smile. turn a blind eye to Archie’s philandering and constant put-downs and fuss over everyone like you’re a real mother hen.

Finally there is Frank (a sardonic, ever-smiley Christopher Bonwell), Archie’s other son whose job it is to introduce Archie on stage and be his gofer in life – providing him with whatever he wants.

O’Connor’s direction is very clever, he uses the political backdrop by way of red top paper headlines in a cacophonistic harmony with  Archie’s descent into obscurity and likewise family battles echo the political squabbles.

Shane Richie gives us a tour-de-force as the ubiquitous creature that is Archie Rice – like Lord Olivier he will be a very had act to follow.

He is not always an easy watch, in fact there are times when Richie’s Rice makes you squirm with embarrassment – even to the point of feeling unclean in his presence;  just like the master John Osborne intended.

There is much to relish in this production and perhaps even more to ponder over on the journey home.

The Entertainer runs at Malvern Theatres until Saturday, September 14. 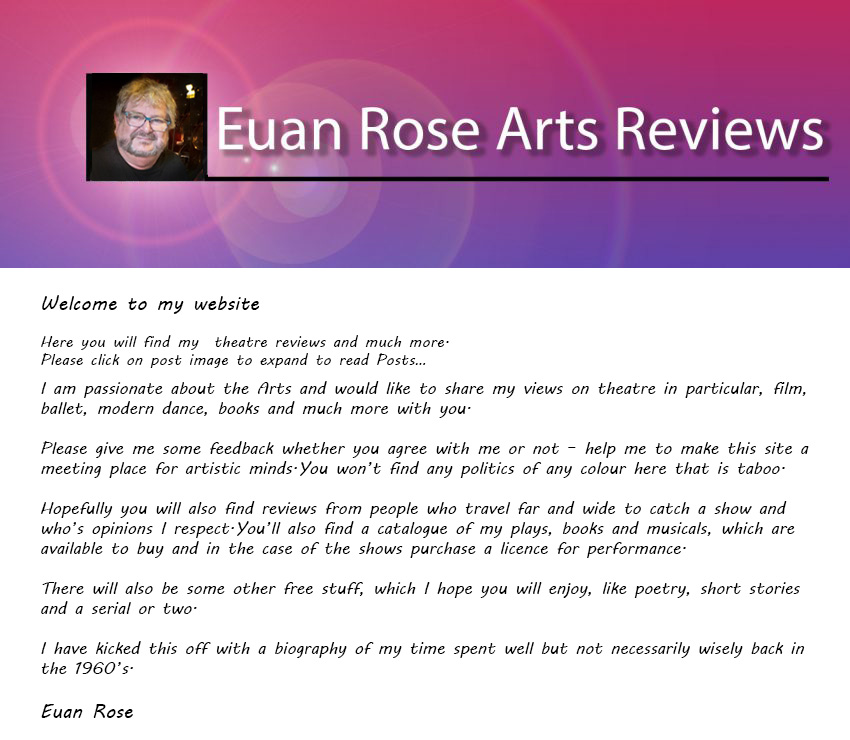 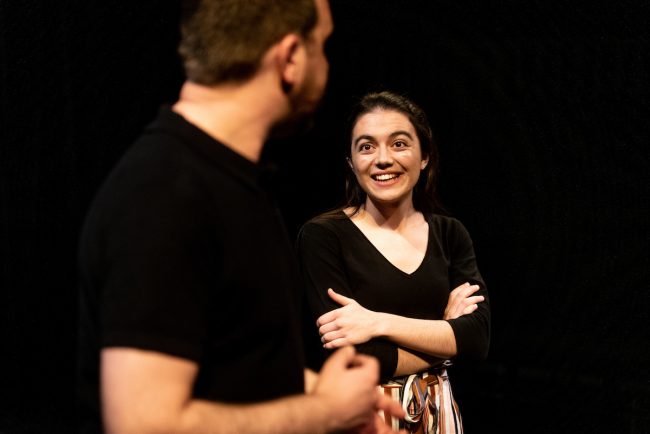 ONCE, some 40-odd years ago I was stopped on a red traffic light as I was passing through Evesham – an army-style open topped jeep came through the other way. Driving it was a strawberry blonde with big eyes, which caught mine, just for an instant and we smiled ever so briefly. Couldn’t have been more than a ten-second meeting and one I had forgotten – until seeing the Crescent’s opening night of Constellations.

Nick Payne’s’ drama is set in – well actually it isn’t exactly set in any one place or time zone but happens on multi-platforms across a series of parallel universes.

Do we care? Oh yes!Picture by Graeme Braidwood. s

I’m not going to give you any spoilers or answers here – then again maybe there aren’t any?

Perhaps I never went to see it at all? Maybe we living in a universe that exists on the head of a pin? Maybe in another a universe I met jeep-lady and spent my days with her.

Such was the impact of this production that I pondered what-ifs all the way home and continued to ponder into the early hours.

Undoubtedly Constellations is a very clever play despite being one which could easily make for a boring evening – thankfully Mark Thompson has directed it with obvious love for the text as well as the theme and has added in conjunction with the creative team of Joe Harper and John Gray – a generous dollop of clever sound links and imaginative lighting. The lights above us change colours and patterns like a DNA string or a homage to the voyages of Starship Enterprise.

Robert Laird plays Roland with warmth, sensitivity and believability, Beth Gilbert as Marianne matches him on all counts – they fit together like a pair of perfectly hand made gloves crafted from the finest softest leather.

They tell the story via a wide spectrum of artistic skills and offer up a seamless journey where there are no footprints to follow.

One particular passage is done in sign language – you didn’t need to be a student of BSL to follow it – the expressions on their faces said it all.

The use of dance throughout is yet another way of communicating – here Dance Instructor Jo Thackwray uses Beth’s dance talents to the fullest whilst working cleverly within Robert’s obvious limitations so that he is always the anchor to her perfect flights and posture.

This is quite a remarkable production in so many ways – without doubt the most original piece of drama I have seen so far this year – I can’t get it out of my head.

Constellations runs at the Crescent until Saturday, May 18. To book tickets or for more information, including times, visit https://www.crescent-theatre.co.uk/theatre-event/?EventID=117132